History of the courts

Find out more about the history of Singapore's courts since the founding of Singapore in 1819.

Since the founding of Singapore, the legal system has evolved in line with the nation's historical developments. The Singapore courts have come a long way to what it is today, from adopting British laws in the colonial era, to having Japanese military law during the Second World War and to coming under Malaysian laws during the brief merger with Malaysia.

Below are the milestones in the history of the courts.

The Founding of Singapore and The First Charter of Justice

Modern Singapore was founded on 6 February 1819, when Sir Thomas Stamford Raffles signed a treaty of friendship and alliance with Sultan Hussein of Johor and Temenggong Abdu'r Rahman, the governor of a Malay settlement at the mouth of the river.

For proper administration of the island, Raffles declared a code of law known as the “Singapore Regulations”. This put in place a basic legal system with a uniform law that applied to all inhabitants.

After Raffles left Singapore in 1823, Dr John Crawfurd from the East India Company took over the government of Singapore. Crawfurd replaced the Singapore Regulations with a Court of Requests for minor civil cases overseen by an assistant resident, and a Resident's Court for all other cases which he presided over.

The Second Charter of Justice

In 1825, the British Parliament passed Statute 6 Geo IV c 85, enabling the King to administer justice in the British colonies of Singapore and Malacca.

The Second Charter of Justice was issued on 27 November 1826. This Charter established the Court of Judicature of Penang, Singapore and Malaya. In criminal proceedings, the court was to administer criminal justice as the courts did in England, with due attention given to the religions and manners of the native inhabitants. In civil proceedings, the court was to give judgment and pass sentence according to justice and right.

The Governor and the Resident Councillor acted as two judges of the court. The third judge was the Recorder, who was based in Penang and had to travel the circuit to Malacca and Singapore.

The Third Charter of Justice

The Third Charter of Justice was granted on 12 August 1855 to cope with the increased judicial workload due to Singapore's rapid development.

Refer to the following for key legislation that further shaped Singapore's legal system during its colonial days:

The Japanese Occupation during the Second World War

The courts ceased to function when the Japanese invaded Singapore in 1942. The Japanese established a Military Court of Justice to administer military law.

In a Proclamation dated 27 May 1942, the courts were re-opened. They were allowed to follow the former system of laws as long as they did not interfere with the military administration.

The Syonan Supreme Court or "Syonan Koto-Hoin" opened on 29 May 1942. A court of appeal was also created, but it never sat.

Developments during the post-war years leading to independence

Following the surrender of the Japanese on 12 September 1945, the British military temporarily administered Singapore. They declared that all Japanese proclamations and decrees ceased to have effect, and that all laws and customs existing immediately prior to the Japanese occupation will be respected.

The British military administration ended on 31 March 1946. The Straits Settlements were also disbanded and Singapore was made a separate Crown Colony on 1 April 1946. The Singapore Colony Order in Council established the Supreme Court, consisting of a High Court and a Court of Appeal. The Court of Criminal Appeal continued to function. Final appeals lay to the judicial committee of the Privy Council.

On 2 May 1955, Mr Tan Ah Tah became the first local to be appointed a judge of the Supreme Court. Mr Frederick Arthur Chua and Mr Wee Chong Jin were subsequently appointed on 15 February 1957 and 15 August 1957 respectively. Mr Wee Chong Jin was the first local member of the Singapore Bar to be appointed to the Supreme Court Bench. Mr Tan Ah Tah and Mr Frederick Arthur Chua were both from the Colonial Legal Service.

On 5 January 1963, Mr Wee Chong Jin became the first Asian to be appointed the Chief Justice of the State of Singapore. His appointment marked a break in the long-standing tradition of appointing British Chief Justices for Singapore, the last of whom was Sir Alan Rose.

Singapore's judicial system was altered once again following her merger with Malaysia on 16 September 1963. The Federation of Malaya Act came into force, establishing the Federal Court of Malaysia and the structure of the Malaysian judicial system. The Malaysian Courts of Judicature Act 1964 repealed the provisions relating to the Singapore Supreme Court in Singapore's Courts Ordinance and also the whole of the Singapore's Court of Criminal Appeal Ordinance.

The High Court of Malaysia replaced the Supreme Court of the Colony of Singapore, while the Court of Appeal was assimilated into the Federal Court. The Judicial Committee of the Privy Council continued to be the final appellate court.

The first Judges of Appeal appointed were Justice M Karthigesu and Justice L P Thean, both of whom were appointed on 1 July 1993.

In 1973, construction began for a new courthouse to consolidate the District Courts, Magistrates’ Courts, Juvenile Courts and Coroners’ Courts which were then located in different parts of Singapore. On 15 September 1975, the Subordinate Courts Building opened its doors at 1 Havelock Square to provide the public with one-stop access to justice.

Key developments in the State Courts

Refer to the following for key developments that further shaped the State Courts:

On 7 March 2014, the Subordinate Courts were renamed as the State Courts. The name, which combines dignity with gravitas, recognises the key role that these courts play within the community as the primary dispensers of justice.

With the increased demand for legal services by the community, the State Courts Building was assessed to be unable to support the needs of the State Courts over the next 50 years. On 28 May 2014, construction began for a new 35-storey courthouse which was to be situated beside the old building. Meanwhile, the iconic octagonal building was gazetted for conservation in 2013.

Learn more about the history of the State Courts and the former and current State Courts buildings through the commemorative publication One Havelock Square.

Origins of the Family Courts

On 1 March 1995, the Family Courts were established under the structure of what was then known as the Subordinate Courts, to hear maintenance and family protection matters under the Women’s Charter. The courts, presided by district judges, were then located at the Paterson Complex at 25-H Paterson Road. On 1 April 1996, proceedings relating to divorce, nullity, separation and guardianship were transferred from the High Court to the Family Courts.

In 1999, works began to retrofit and convert the former Ministry of Labour building at 3 Havelock Square to house the new Family Courts. The new building was designed to include purpose-built courtrooms and hearing chambers fitted with the latest technology then, including electronic retrieval and filing, video conferencing facilities and integrated security systems. It also had counselling and mediation rooms, with segregated and protected waiting areas for victims and witnesses. There was also a childcare centre and facilities for teenagers.

The Family Courts' last day at Paterson Road was on 28 September 2001. It reopened its doors at the new Family Courts building on 1 October 2001.

In September 2011, the Child Focused Resolution Centre (CFRC) was set up to conduct mandatory counselling and mediation for divorcing parents with at least one child. The CFRC operated at Central Mall, 1 Magazine Road.

The then-Juvenile Court also operated at the Paterson Complex while a new courtroom and additional facilities were being constructed in the Subordinate Courts Complex at 1 Havelock Square. The Juvenile Court moved back to Havelock Square on 1 April 1999 with a bigger courtroom, a larger holding area for remand and a family conferencing room. The court subsequently relocated to the current building at 3 Havelock Square in September 2001.

The refurbished building at 3 Havelock Square was subsequently named the Family and Juvenile Court Building. Having the 2 courts under one roof was part of the Subordinate Courts’ plan to have a unified family and juvenile court system given that a family may be involved in multiple proceedings in both the Family Court and the Juvenile Court simultaneously.

Establishment of the Family Justice Courts

In 2015, the Family Justice Courts relocated the CFRC and some of its services and registries to a new facility at the Ministry of National Development Complex at 5 Maxwell Road to better serve the community and to consolidate mediation and counselling services for divorce-related matters. The new facility includes hearing chambers and courtrooms.

The RERF Committee was co-chaired by the Presiding Judge of the Family Justice Courts, Justice Debbie Ong, and the Permanent Secretaries for the Ministry of Law and the Ministry of Social and Family Development and made recommendations that aimed to further strengthen the family justice system. This included incorporating principles of therapeutic justice in the resolution of family disputes and promoting the use of multi-disciplinary approaches and processes.

A look at former courthouse buildings

Refer to the following for historical photographs of former courthouse buildings in Singapore. 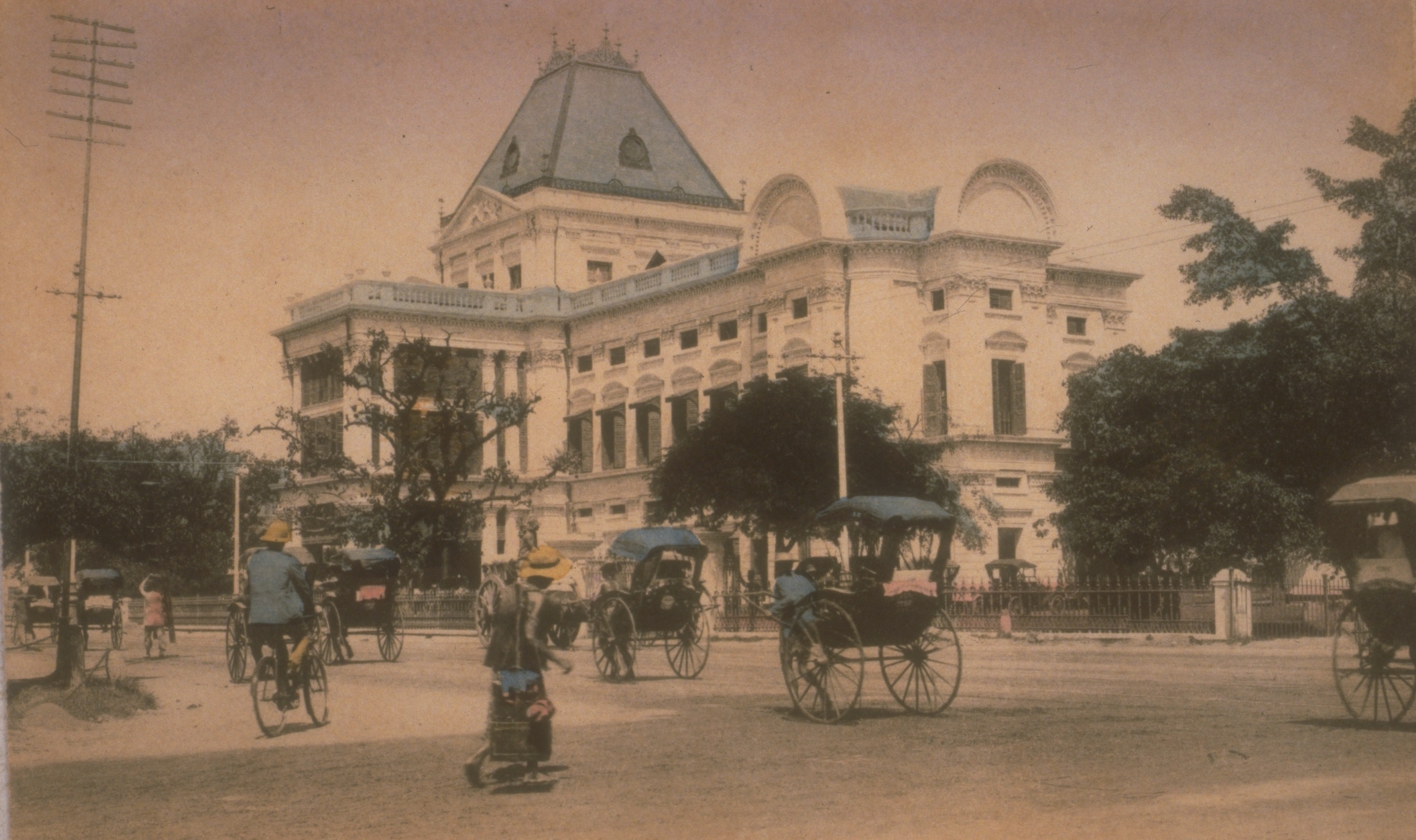 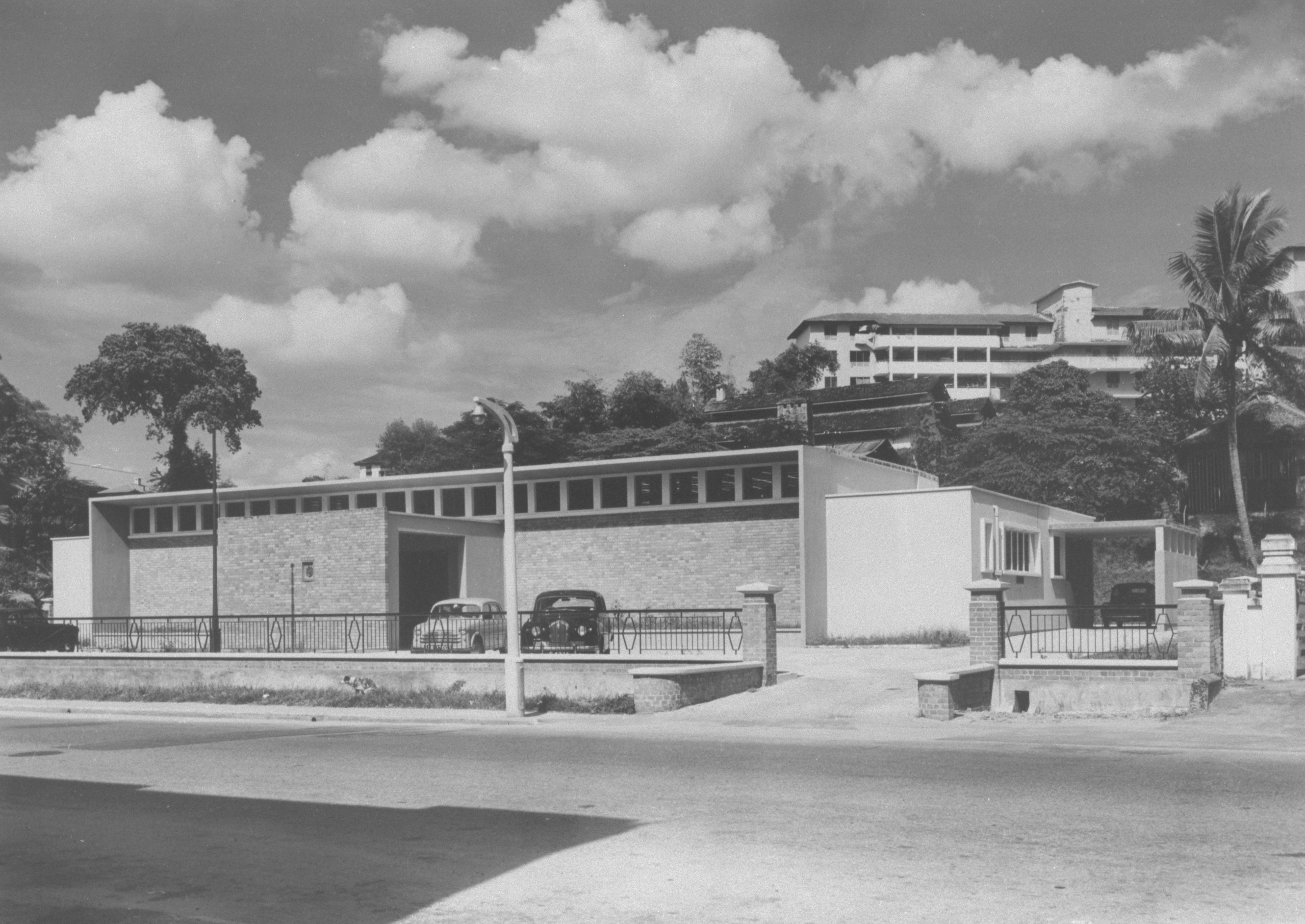 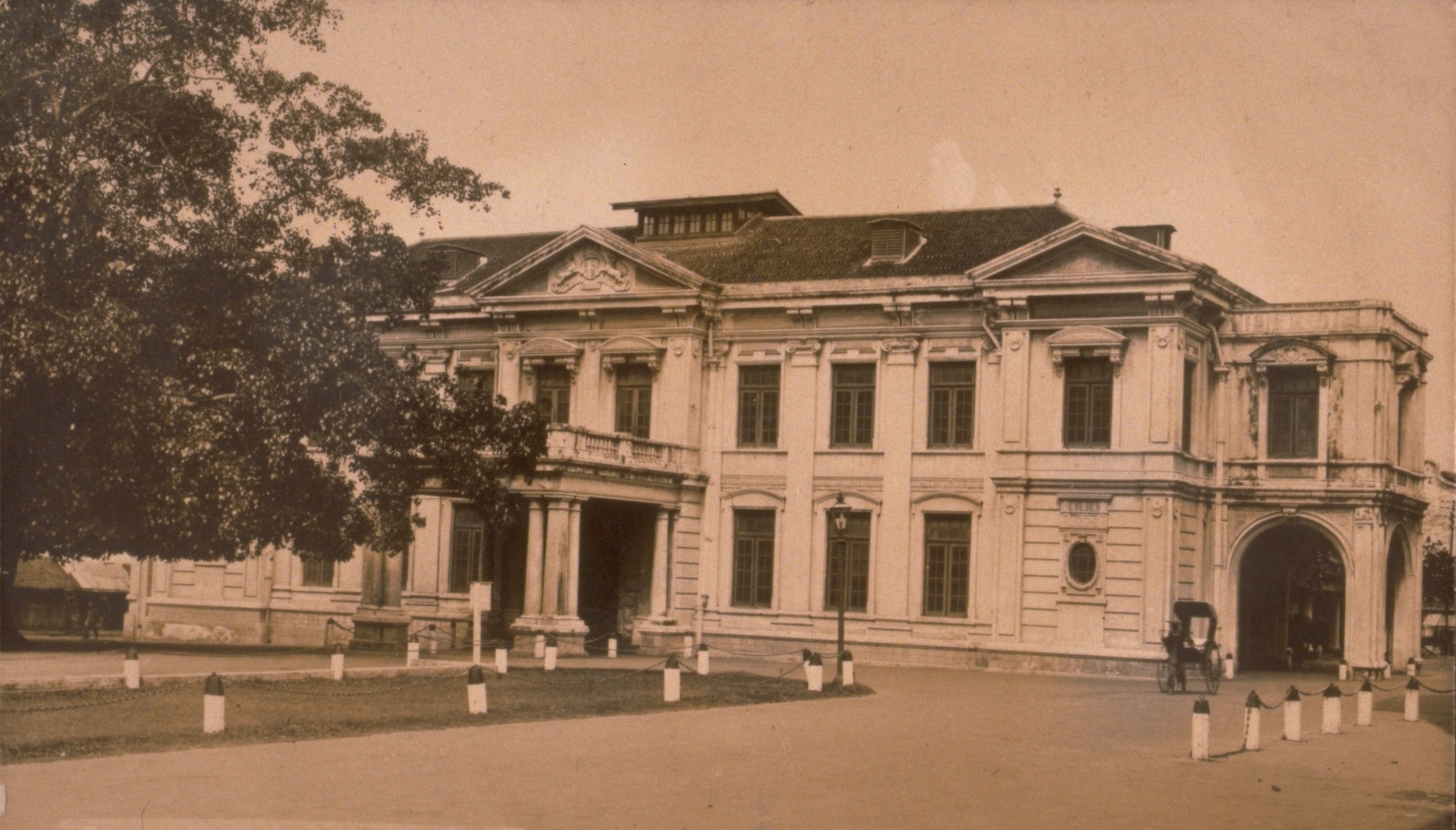 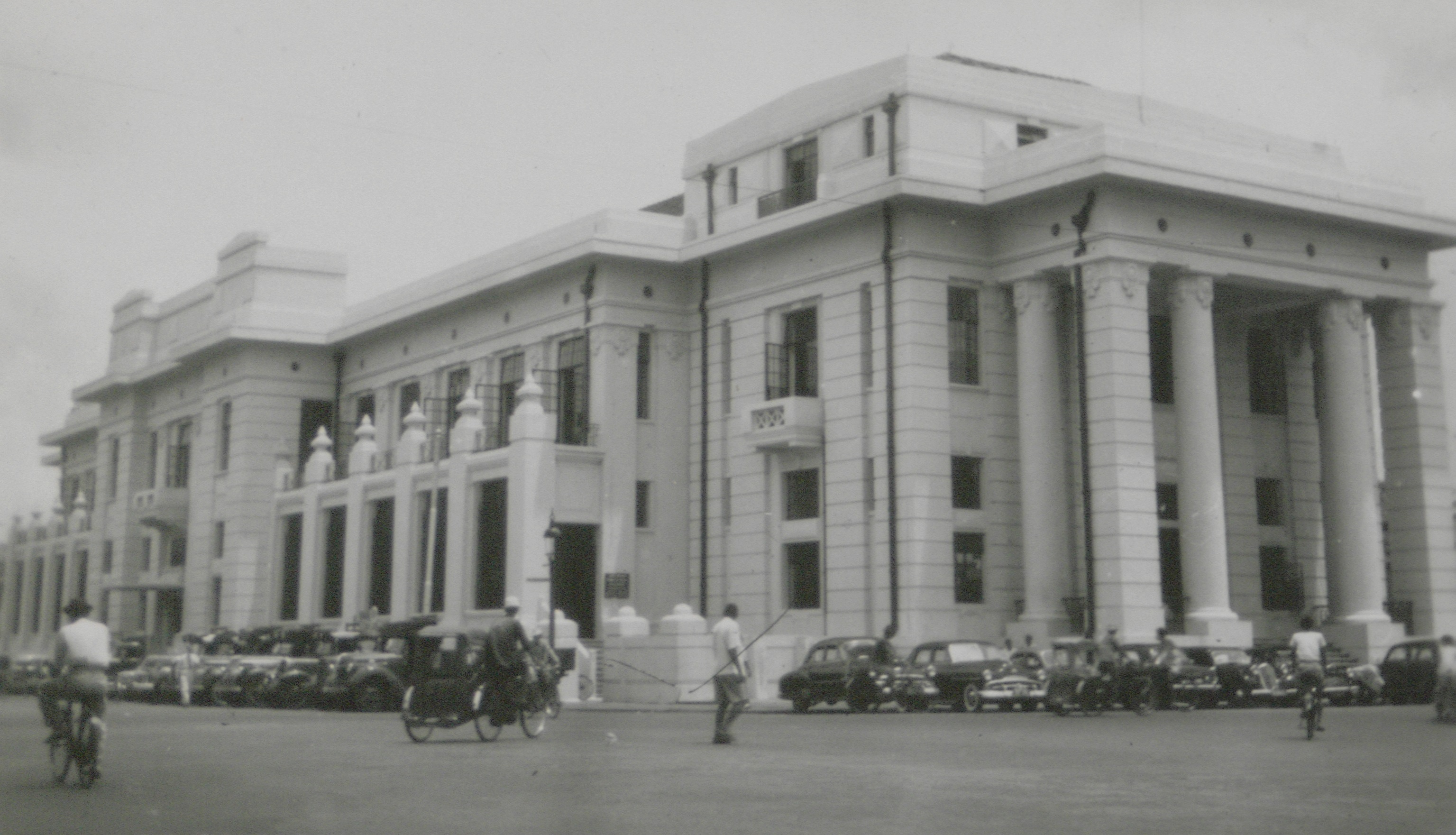