As part of an integration exercise, the Singapore Courts will progressively change their email addresses to end with @judiciary.gov.sg from 1 September 2022. Click here to find out more. 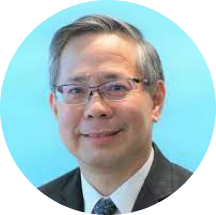 Mr Foo Chee Hock SC is the Dean of the Singapore Judicial College. He graduated with a Bachelor of Laws (Honours) from the National University of Singapore and a Master of Laws from Queen’s College, University of Cambridge, United Kingdom.

He held various judicial appointments in the then Subordinate Courts and the Supreme Court, including as Registrar of the Supreme Court. In 2015, he was appointed to the Supreme Court Bench as Judicial Commissioner and concurrently as Dean of the College. After completing his term as Judicial Commissioner, he assumed full-time leadership of the College. He was the Editor-in-Chief of Singapore Civil Procedure. He was also a member of the Rules Committee and the Rules of Court Working Party. In 2019, he was appointed as Senior Counsel (honoris causa).