For advocates and solicitors in the Middle/Junior Category: Refer to directions to seek a waiver from voting in the Law Society Council Elections 2021.
Drafting Family court orders? Refer to the Family Orders Guide, designed to be a reference point for suggested text when preparing court orders.
For eLitigation subscribers: Download the SG Courts Mobile App to access case and hearing information on the go.
The Motor Accident Claims Online platform enables you to make informed decisions about motor accident claims.
Previous Next

Role and structure of the Family Justice Courts 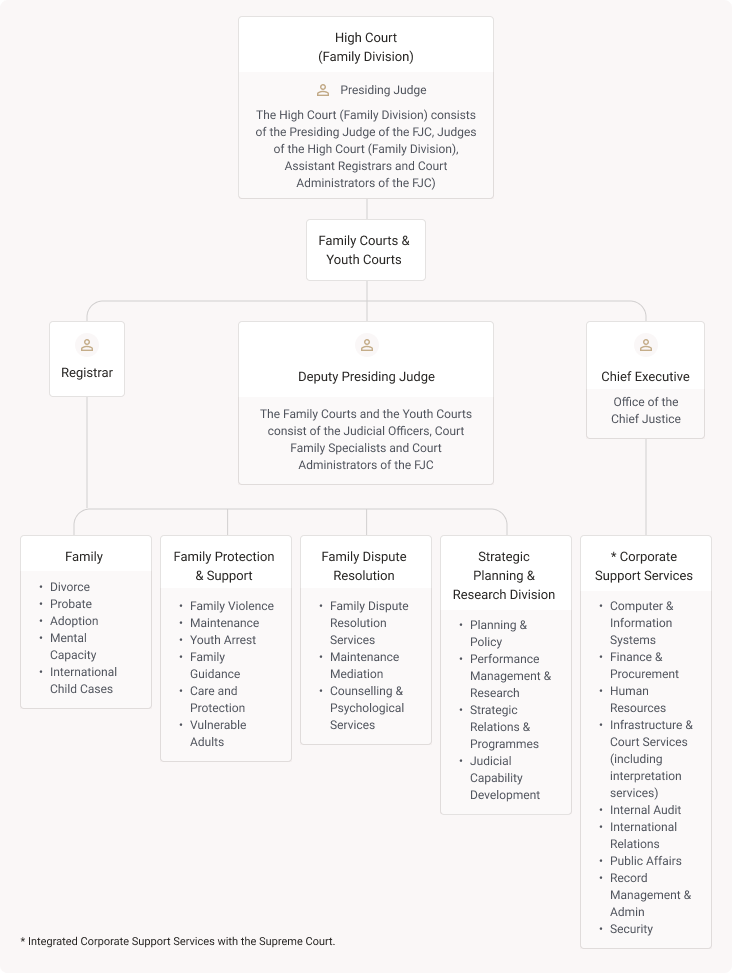 The district judges and magistrates may concurrently be appointed as assistant registrars. View the list of judges and judicial officers in the FJC.

The 2 main divisions in the FJC are the:

The FJC's Corporate Support Services are integrated with the Supreme Court's.

The Corporate Support Services include the following specialist functions:

Judges and judicial officers in the Family Justice Courts

Role of the Family Justice Courts
Share this page: