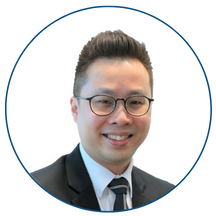 Judge Paul Quan is the Executive Director and Acting Dean of the Singapore Judicial College. He was appointed District Judge of the Republic of Singapore on 1 June 2009, Assistant Registrar of the Supreme Court on 1 April 2013 and latterly Executive Director of the Singapore Judicial College on 1 February 2018, a position he holds concurrent with his appointment as Acting Dean on 1 January 2023. He is a member of the Board of Executives and immediate past Regional Deputy President of Asia and the Pacific of the International Organization for Judicial Training. He is also a fellow and member of the advisory board of the Commonwealth Judicial Education Institute, Adjunct Associate Professor at the Faculty of Law, National University of Singapore; and Adjunct Faculty at the School of Law, Singapore Management University. He also serves as Secretary-General of ASEAN Law Association.

Judge Quan read for a Bachelor of Laws at the National University of Singapore and graduated with First Class Honours. He then read for a Master of Laws at Harvard University and was the Dean’s Scholar for International Commercial Arbitration.