Media Release: Supreme Court of Singapore and Supreme People's Court of China sign Memorandum of Understanding on cooperation on information on foreign law

The Supreme Court of Singapore and Supreme People’s Court of China (“SPC”) signed a memorandum of understanding (“MOU”) on cooperation on information on foreign law at the 5th Singapore-China Legal and Judicial Roundtable (the “Roundtable”) held on 3 December 2021. The Roundtable was co-chaired by Chief Justice Sundaresh Menon and the President and Chief Justice of the SPC of the People’s Republic of China, His Excellency Zhou Qiang.

2.         The MOU on Cooperation on Information on Foreign Law establishes a mechanism between the two courts to determine questions of law of the other jurisdiction in international civil and commercial cases. It enables accurate and authoritative information on foreign laws to be obtained more easily, thus improving the efficiency of judicial adjudication processes. The first of its kind signed between the SPC and a foreign court, this MOU is testament to the commitment of the Supreme Court of Singapore and the SPC to strengthen bilateral cooperation in international civil and commercial cases. 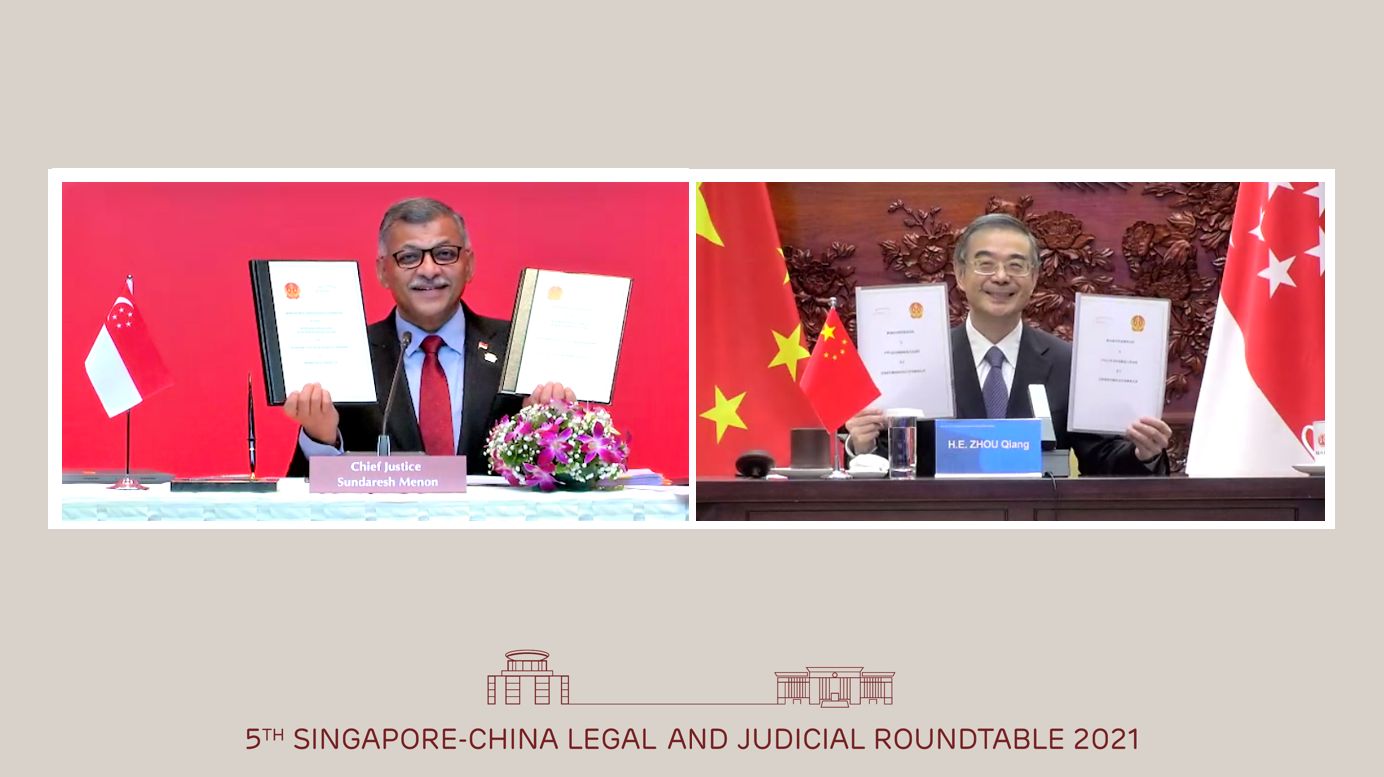 3.         Chief Justice Sundaresh Menon and Chief Justice Zhou Qiang also signed the MOU on Advancing Continuing Judicial Education.  Building on the foundation laid at the 3rd Roundtable in 2019, the MOU strengthens the collaboration and partnership between the judicial colleges of the two judiciaries.

4.         At the Roundtable and the Bilateral Meeting between the two Chief Justices, the two Courts exchanged insights and perspectives on a broad range of issues relating to commercial law, including:

5.         The two Chief Justices also provided an update on the progress made in the respective Courts since the last Roundtable, as well as future plans under the broad arc of access to justice, in a world where COVID-19 has become endemic.