01 November 2019State CourtsMedia Release
1 From 1 November 2019, parties can file a claim of up to $20,000 at the State Courts’ Small Claims Tribunals (SCT). The increased claim limit for claims filed at the SCT is one of the amendments made to the SCT Act to provide greater access to justice.

2 The details of the key amendments to the SCT Act that take effect from 1 November 2019 are as follows.

A) Increased Claim Limit
The default prescribed claim limit for small claims filed at the SCT is increased from $10,000 to $20,000. With the written consent of both parties, claims of up to $30,000 can be filed. This extended claim limit was previously set at $20,000.

C) Unfair Practice Hire-Purchase Claims
Claims under a hire-purchase agreement can be heard at the SCT. Such claims must relate to an unfair practice as defined under section 4 and the Second Schedule of the Consumer Protection (Fair Trading) Act.

D) Powers to Direct Parties to Attend Mediation
The Registrar of the SCT or a Tribunal may direct parties to attend mandatory mediation at the Community Mediation Centre, or before any person.

F) Additional Reliefs
The SCT may order a tenant who has not paid rent, other than to pay the outstanding rent, to vacate the property. The SCT is also empowered to order a party to pay the other party's costs of the proceedings, including in a situation of an abuse of process (frivolous or vexatious claims, or deliberate delays to the proceedings).

3 More details are set out in the annexes enclosed. 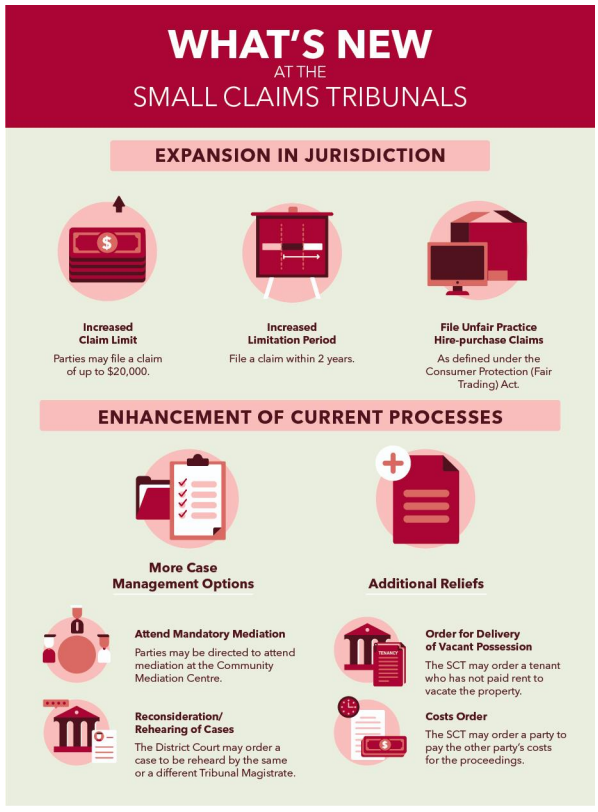 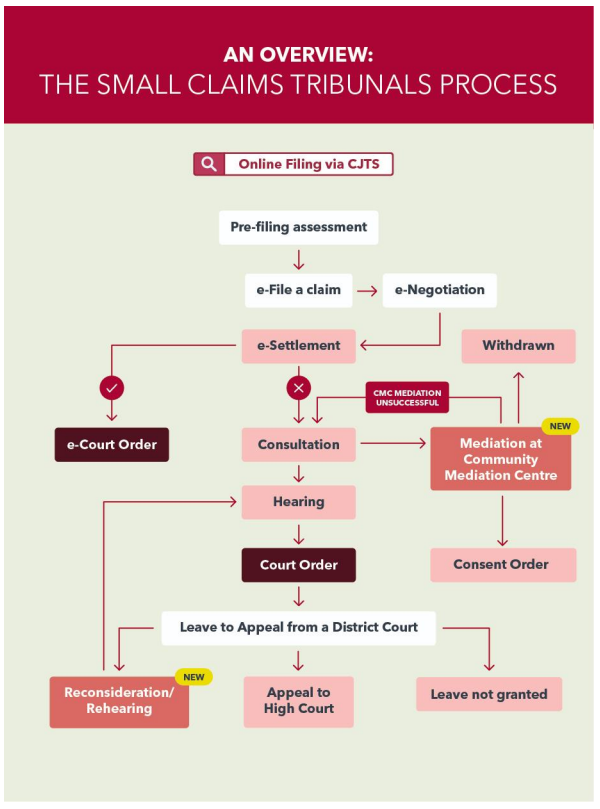 The tribunals will hear claims not exceeding $20,000. This limit can be extended to $30,000 with the written consent of both parties.

3. Types of Claims that May be Filed at the SCT: 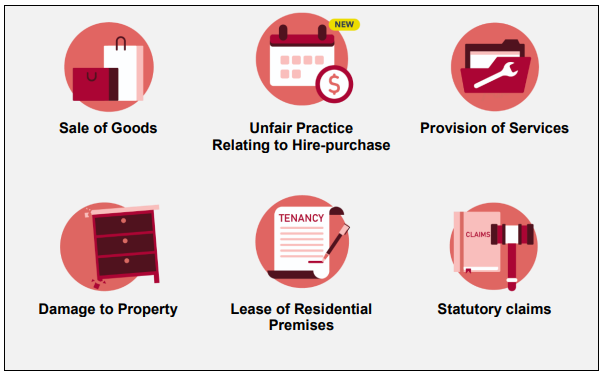 Hire-purchase is a common way of purchasing consumer goods by way of instalments.
Note:

Powers to direct parties to attend mediation at Community Mediation Centre The Registrar or a Tribunal may direct parties to attend mandatory mediation at the Community Mediation Centre, or before any person. This provides increased flexibility for claims to be resolved in a less acrimonious way and is in line with the SCT’s objective to promote and facilitate the early settlement of disputes.

Powers of District Court to send SCT cases for reconsideration or rehearing When an application to appeal against a decision, direction or order of the SCT is filed (Leave to Appeal), the District Court hearing the application for Leave to Appeal may send the case to the same Tribunal Magistrate for reconsideration or order the case to be re-heard by a different Tribunal Magistrate. This will only be allowed in limited cases where it is manifestly unjust to allow the original decision to stand. 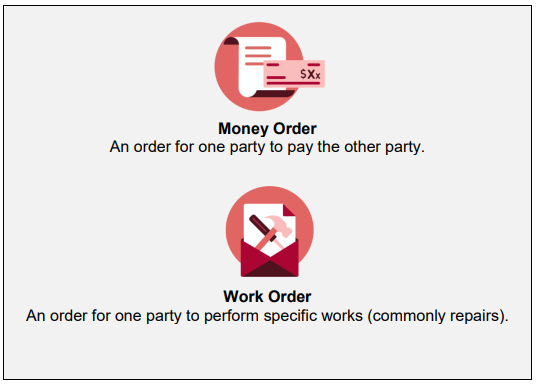 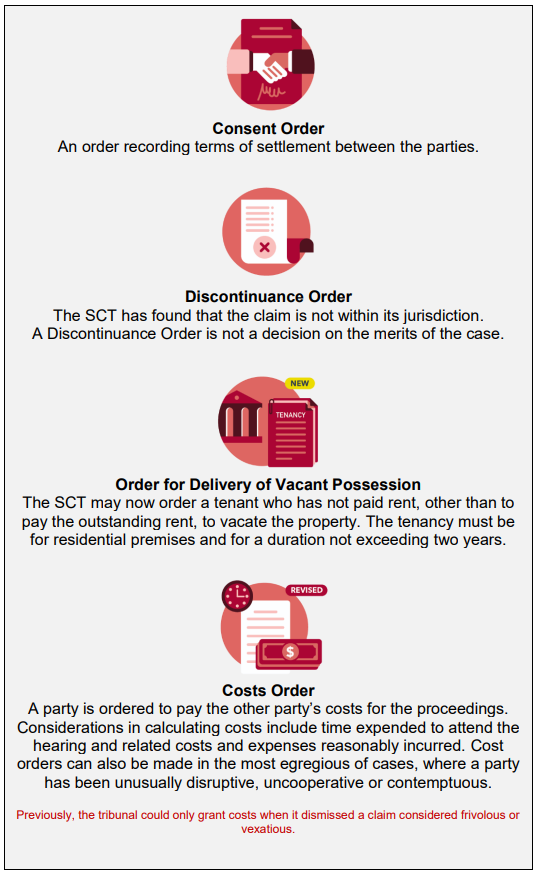 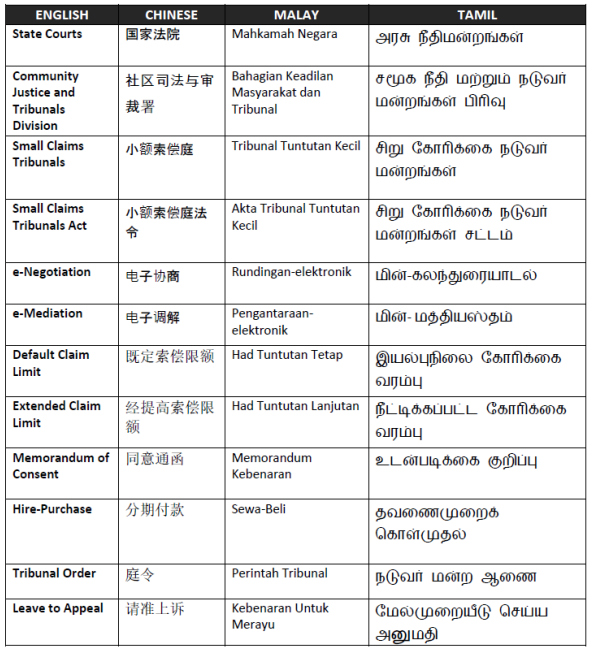