SCAM ALERT: Beware of scam calls impersonating as Supreme Court officers. Please do not respond or provide any personal info.

Find out how to attend a court session and what to do when you visit the courts, including the court etiquette and dress code.

Who can attend court sessions

Any member of the public may attend open court hearings in the Supreme Court or State Courts. These have limited seats and are available on a first-come, first-served basis. Hearings conducted using Zoom will be streamed on TV screens in the courtrooms.

Cases that are conducted in chambers or in camera (Latin for "in private") are not open to the public. These cases include all Family Justice Courts (FJC) proceedings. Only parties involved in the case may attend, unless the court permits.

When visiting the courts

Before visiting the courts, find out about:

Note: Not all areas of the courts are open to the public. For example, the Supreme Court Library is only for court officers and lawyers.

You will need to undergo a security screening before entering the court buildings. This screening is similar to that at airports.

When you enter, you will walk through a metal detector. Your belongings, including all food and drinks, will be screened via X-ray machines.

Examples of items that are not allowed into the court buildings include:

This list of prohibited items is not exhaustive. The security personnel will inform you if you have items that you must deposit at the security counter.

Note: Mobile phones are allowed, but the camera function must not be activated within the premises unless specified (for example, for scanning QR codes).

You should be properly attired in business wear, smart casual wear or traditional dress. Examples of appropriate attire include: 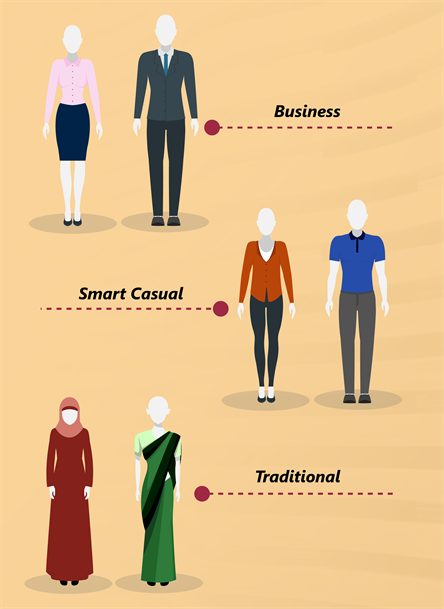 Visitors who are dressed in a manner that is indecent or offensive may not be allowed to enter the courthouse, courtroom or chambers. Examples of inappropriate attire includes singlets, shorts and slippers.

Follow these ground rules when attending a court session:

Note
If you misbehave or fail to comply with the rules, the judge may order you to leave.

The information here is for general guidance as the courts do not provide legal advice. If you need further help, you may want to get independent legal advice.

Legislation associated with this topic includes:

Public access to a courtroom is based on first-come, first-seated basis. The courtroom will open 30 minutes before the hearing starts.

For cases of high public interest that are likely to attract a larger than usual turnout, queue poles may be set up outside the State Courts to manage the crowd and facilitate orderliness. There will be a limit to the number of seats allocated to members of the public, as individuals such as prosecutors, defence counsel, court interpreters or family members of the persons charged in court will be given priority.

When all the passes (for the morning or afternoon) are issued, members of the public will be notified that the courtroom is full. There will be no entry into the State Courts until further notice. This is to comply with the occupancy load of the building and the fire safety regulations.